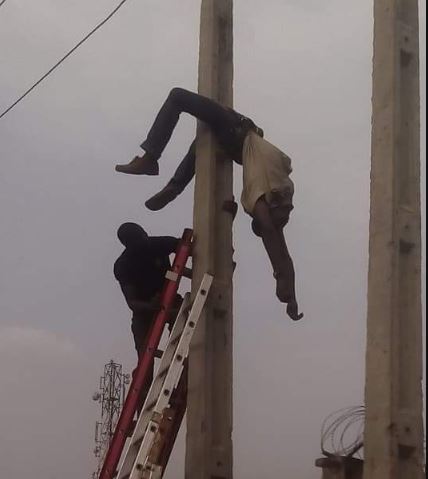 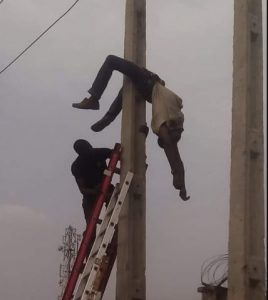 Matthew Umukoro, a 42-year-old field technician with Ikeja Electric, died after falling from an electric pole in Lagos.

The incident occurred on Igbe Road, Igbogbo, in the state’s Ikorodu Local Government Area, according to reports.

According to a PUNCH report, late Umukoro was working on wires to provide power to residents of the Itedo Oluwa Community Development Association when the pole snapped, causing him to fall and lose consciousness.

His colleagues and residents in the community, rushed him to the Akinbola Hospital, where he was confirmed dead.

The Head of Corporate Communications, IE, Felix Ofulue, who confirmed the incident, said the firm had commenced investigation.

“One of our staff, a field technician, suffered a fatal accident while working on an electric pole. He was rushed to a hospital, but unfortunately, he passed on,” Ofulue stated.

“It is a tragic situation and we deeply commiserate with his family and friends. Already, we have commenced an investigation and safety assessment of the situation to determine what went wrong.

“Safety is a critical aspect of the company’s culture and it is paramount that every technician is fully kitted in personal protective equipment whenever they are on the field. The company will spare no cost to ensure that staff members are protected in their line of duty due to the sensitive nature of the task.”

Spokesperson of the State Police Command, Benjamin Hundeyin, who confirmed the incident said Umukoro’s corpse had been deposited in the Ikorodu General Hospital’s mortuary.

“The incident happened on Monday, June 13, 2022. Matthew Umukoro’s colleague visited the station and reported that he was working on an electric pole around 3pm, but in the process, the pole got broken and he fell. He was immediately rushed to a hospital, but was pronounced dead by the doctor on duty.” the PPRO stated.

What Do You Think The Government Can Do To Avoid Such?