Operatives of the Bayelsa State Vigilante services have arrested two suspected criminals over robbery attempt on a trader inside the popular Swali Market area of the Yenagoa, the state capital.

The suspects identified John Clement (22) from Ekeremor and Austin Godsown (33) from Southern Ijaw LGA, were apprehended on Friday, July 15, while robbing one Edet who hails from Akwa Ibom state.

Narrating his ordeal, the victim disclosed that the suspects accosted him inside the market and threatened to shoot him dead if he did not hand over all his valuables to them.

“One of them pretended to have a gun with him and threatened to waste me if I fail to give them everything. They spent more than 10 minutes with me while passerby never suspected I was being robbed.” he explained.

The Chairman of the State Vigilante Service, Hon. Doubiye Alagba, who confirmed the development pointed out that the suspects were arrested following a tip-off from someone inside the market noticed what was happening and came out to inform us and that was how we were able to intervene and arrested them at the spot.

The suspects have since been handed over to A Division of the Nigeria Police Force, Bayelsa State Command, for further investigation. 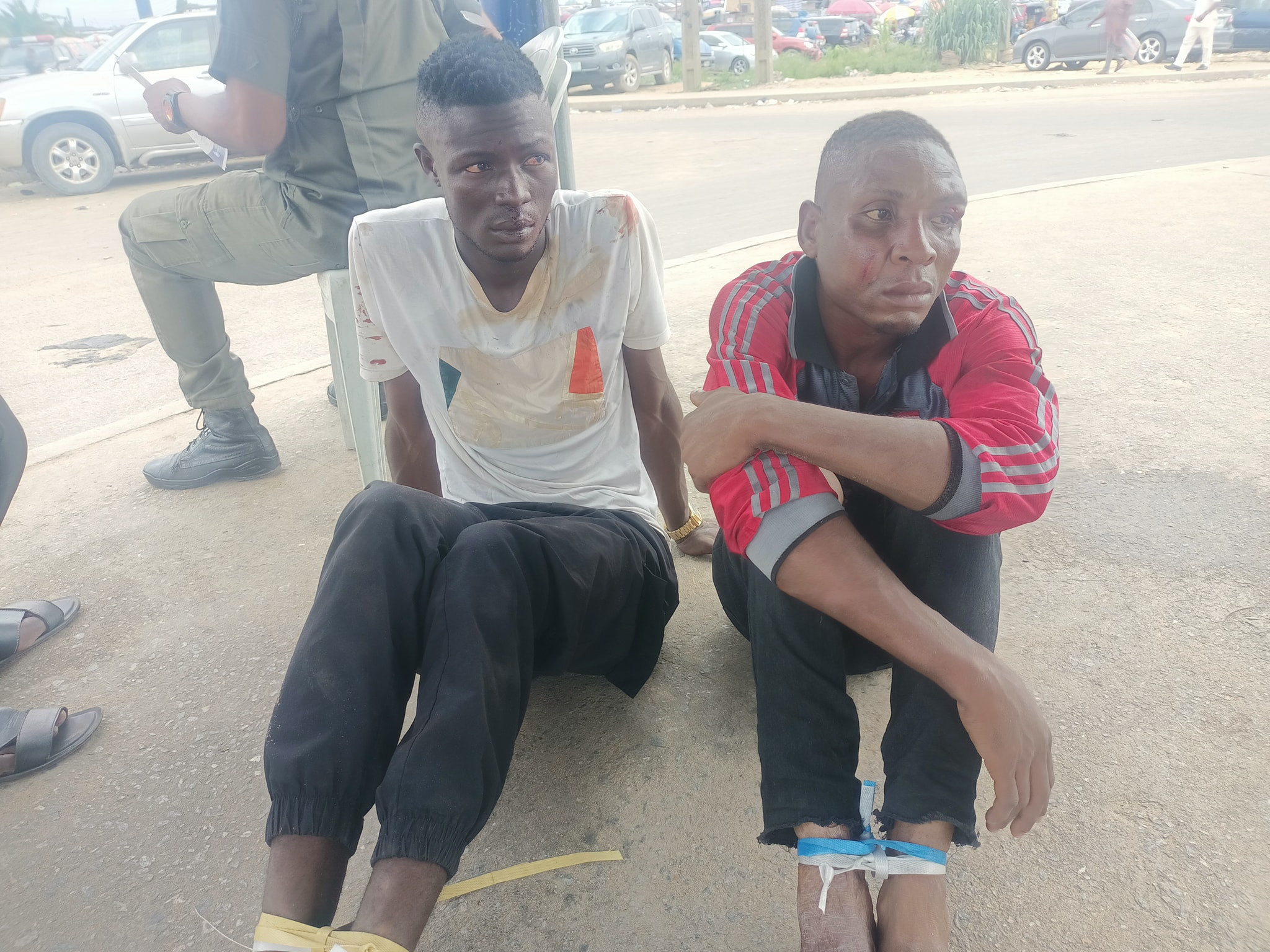 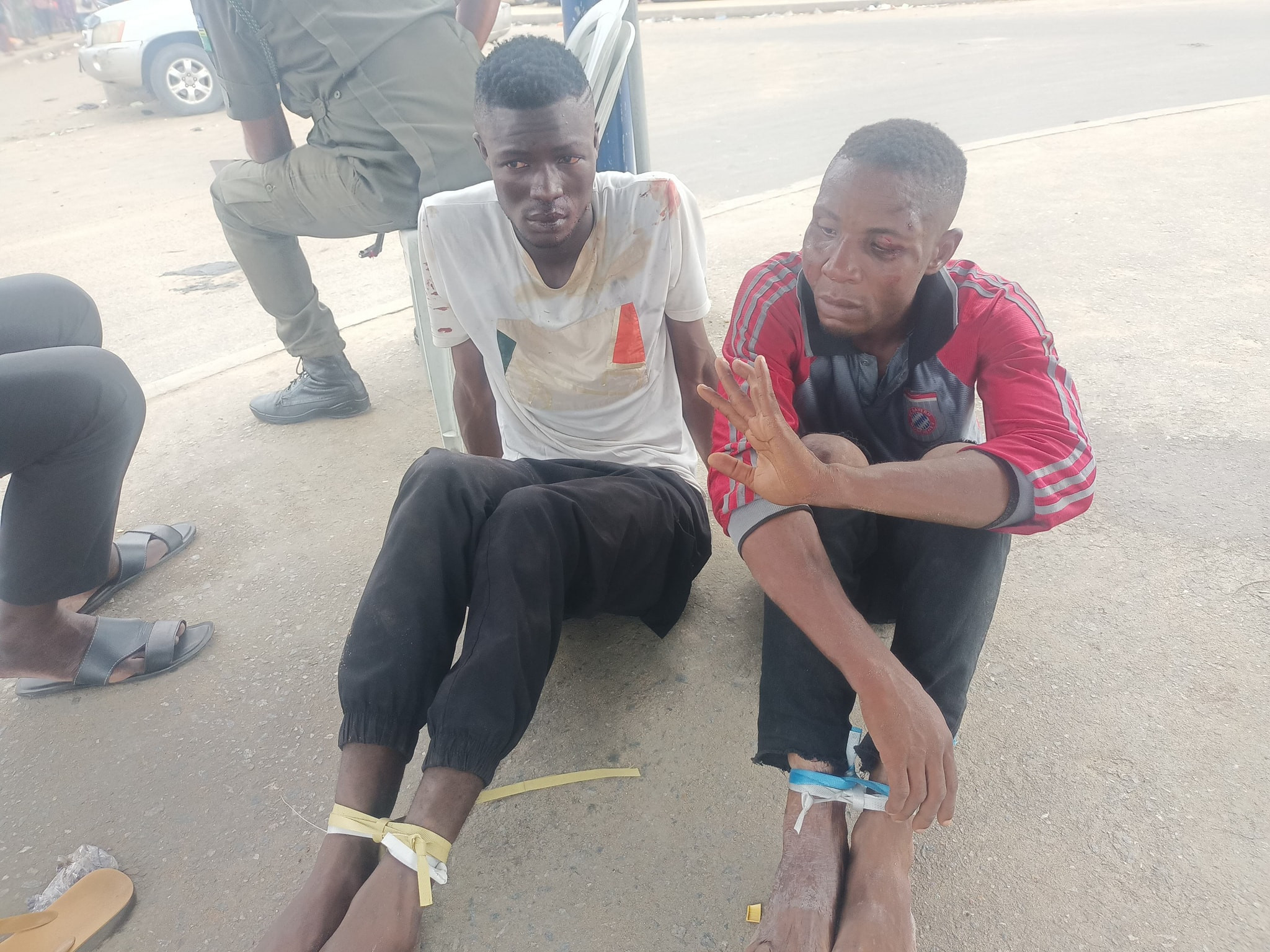 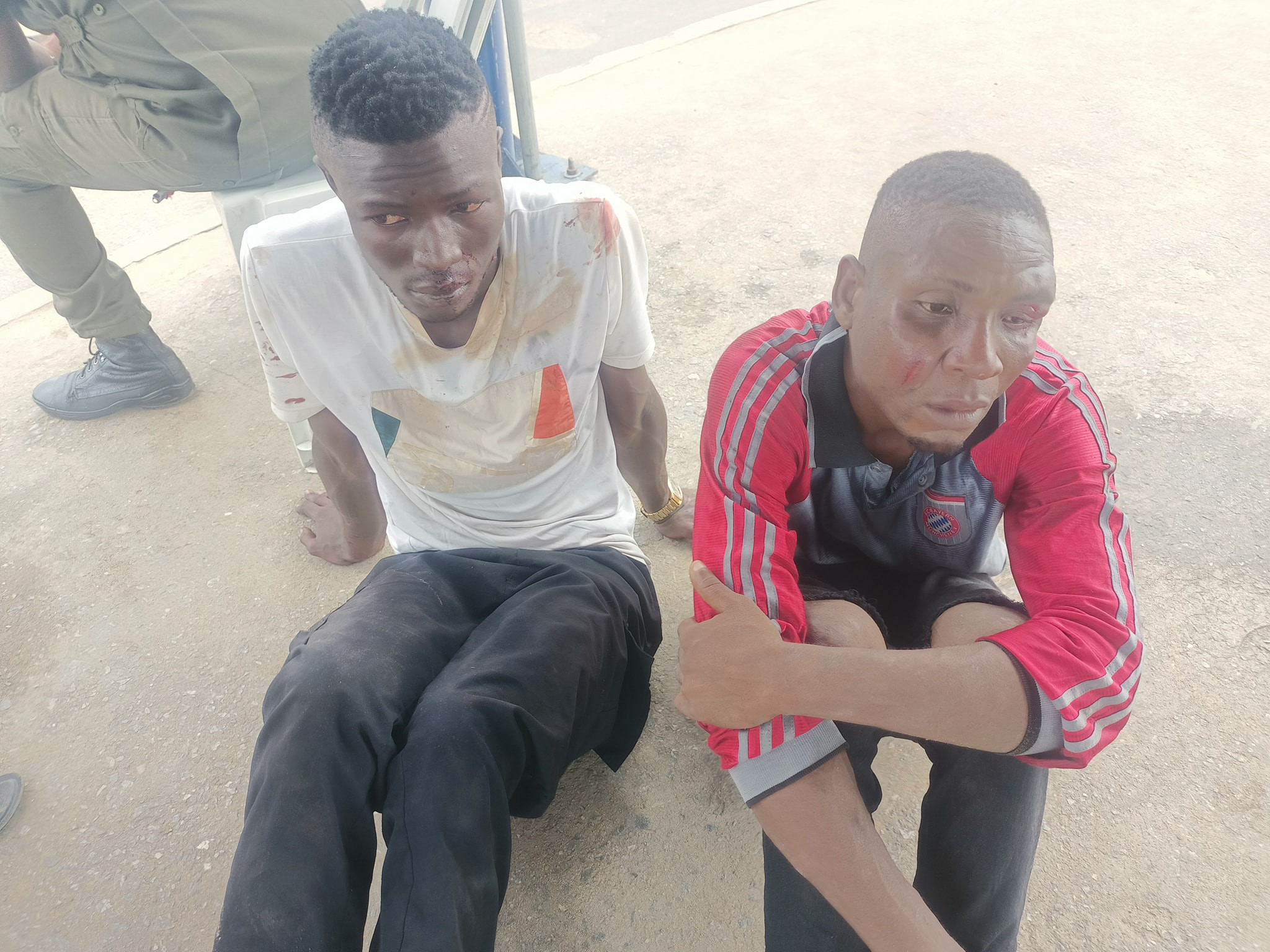