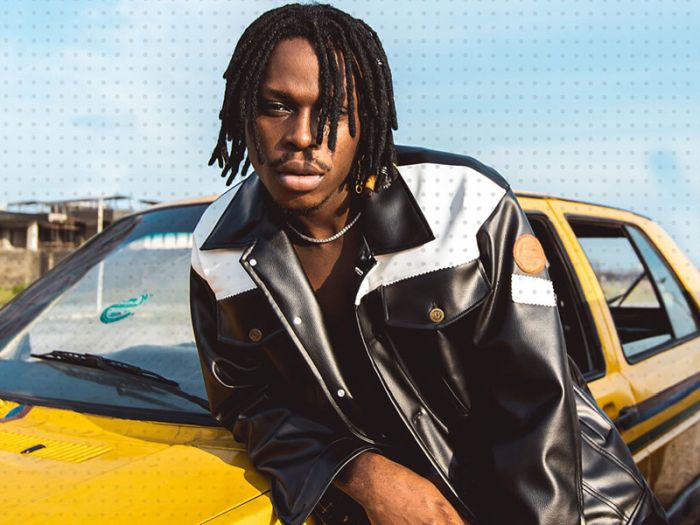 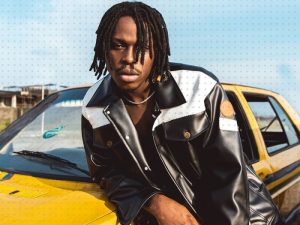 Adedamola Adefolahan, a Nigerian singer also known as Fireboy DML, has admitted that his father forced him to sign an undertaking before he moved to Lagos.

While speaking with Zeze Millz about how he got his start in music as a studio errand boy, the singer of “Vibration” disclosed this.

As a “studio rat,” Fireboy claimed he was spending more time in the studio, which was affecting his academic performance.

READ THIS:- Why I Regret Getting Married – Nollywood Actress Opens Up

He admitted that after some time, the industry leaders in music realised he could write, which is how he got his start writing songs for artists.

The YBNL signee said that he eventually informed his father that he wanted to stop schooling in his final year and move to Lagos.

According to him, it was surprising but his father did not object, rather he made him sign an undertaking to always obey him, and after two years, if he does not blow then he would do whatever is asked of him. 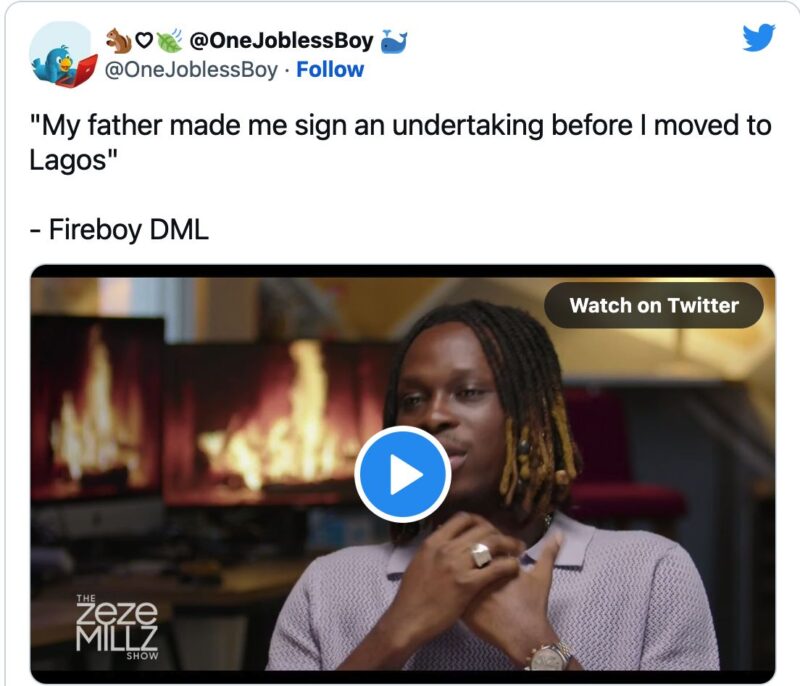 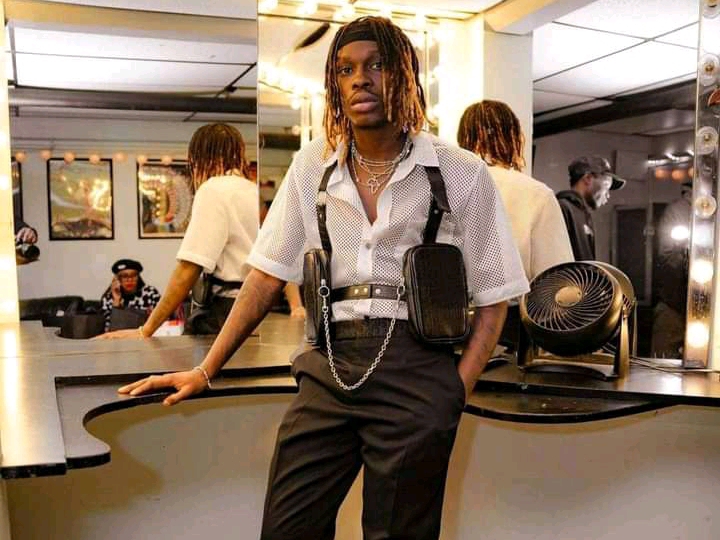 Ademola Adefolahan, popularly known as Fireboy, a Nigerian singer, has shared how he felt when he encountered a woman with false boobs for the first time in his life. Fireboy made this revealation during a conversation with a well-known news personality, Zeze Millz The artist who created… 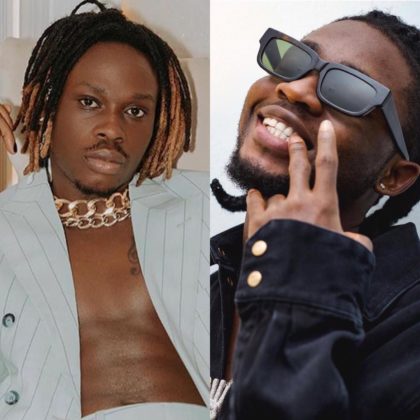 In less than two weeks from now, Fireboy’s third studio album will hit the stores. The YBNL Nation singer will join the list of top artists who have dropped albums this year on the 5th of August. What this means is that Fireboy would’ve essentially released three albums in…